Lahore is the capital city of Pakistan Province of Punjab. It is one of the oldest cities in Pakistan. Lahore is one of the best places to visit as a tourist or traveler all around the world. It is the second-largest city of Pakistan after Karachi and the eighteenth most significant city in the world. The area of Lahore is 1772KM, with a total of 11,126,285 population according to the 2017 census.

It is also one of the wealthiest cities in Pakistan, with an estimated $59 Billion GDP as of 2015. To experience one of the best heritage, culture, and lots of places to visit from all around the world, Lahore is the best place to stay.

Here is the List Of the 11 most beautiful places to visit in Lahore.

The Lahore Fort is located at the northern end of the Walled City, Lahore. The Fort was built in 1566 with a very famous Indo-Islamic, Mughal architecture style under the Mughal Empire’s ownership till 1716. Later, it was acquired by Sikh, and from 1849 it was acquired by Britishians, and now The Central Government of Pakistan has acquired its ownership from 1947 till the present.

There are mainly two sections of The Lahore Fort – the first one is the administrative section. The official department is connected with the main entrances, gardens, and Diwan-e-Khas for royal audiences.

While the second part of the Fort is a private section, this section is divided into courts, and it was also used as gates for access to elephants. The Lahore Fort contains charming bedrooms, gardens, and Sheesh Mahal as well. The Fort, The Alamgiri Gate’s main entrance, was built in 1674 by Aurangzeb, which is well connected to Hazuri Bagh.

The Mughal treasury’s exhaustion and weakened in the Mughal State was the leading cause of building The Badshahi Mosque. In this list of places to visit in Lahore, The Badshahi Majid deserves to be on the 2nd place you can take a visit on.

There are five domes at The Wazir Khan Masjid. The two outer crowns have 6.4 meters and 5.8 meters in height, while the two inner domes are having 9.8 meters and 7.0 meters of extended height.

The third base is made up of chiseled stones, while last but not least, the fourth platform is made up of polished white marbles. The final platform depicts the success of the Pakistan Movement.

In 1981 the Shalamar Gardens were listed as a UNESCO World Heritage Site as they embody Mughal garden design at the apogee of its development.[1]

The garden includes various building and monuments in it –

The Shalamar Gardens contains several varieties of trees as well –

Two hours before the sunset, the ceremony happens each day. This ceremony is also known as the Flag ceremony. The Indian BSF (Border Security Force) and The Pakistani Rangers participated in the Wagah-Attari Border ceremony. In 1986, this Flag Ceremony started as the agreement of peace between India and Pakistan.

The Iqbal’s Tomb is located within the Hazuri Bagh, in the city of Lahore, Pakistan. The Iqbal’s tomb, also known as The Tomb of Allama Iqbal. The main reason for the Pakistani Movement and the primary inspiration behind it was Allama Iqbal. On April 21, 1938, at the age of 60, Allama Iqbal took his last breathings.

The Iqbal’s Tomb contains lots of small gardens that are divided into some small plots. The mausoleum has two gates at the southern and eastern sides. The Iqbal’s Tomb is deserved to be on the list of worthy places to visit in Lahore.

There are lots of places to visit in Lahore like Joyland (An amusement park), Sindbad (A children’s play area), Fortress Square (shopping center), etc. In Lahore, there is a very famous festival called National Horse and Cattle Show happening in the Fortress. A must-visit place, the Fortress is open 365 days a year.

The Lahore Museum has the most extensive collection of the archaeological, artistic, heritage, and modern history of the Hindu Shahi Period, Mohenjo-Daro, and Harappan Civilisations in the Lahore Museum.

You can find one of the most comprehensive collections of Hellenistic and Mughal coins in the Lahore Museum. The Zamzama Gun is located directly in front of the Museum.

The Jahangir’s Tomb is located at the Shahdara Bagh in Lahore, Pakistan. It is also known as The Tomb Of Jahangir. It was built as a mausoleum of Mughal Emperor Jahangir in 1637.

One of the most visited tourist places in Lahore, The Tomb of Jahangir, is extensively famous for its interiors embellished with Frescoes and marble. Simultaneously, the Pietra Dura stones are widely used to decorate the exterior of The Jhangir’s tomb.

The Anarkali bazaar is one of the most famous markets of Lahore, located in Lahore, Pakistan. One of the oldest markets in South Asia was named Anarkali Market after a girl chased on The Mughal Emperor Akbar’s order back at least 200 years ago.

She had a love affair with Prince Salim, who was the son of The Mughal Emperor Akbar. Prince Salim later became one of the most powerful emperors, Emperor Jahangir. The Anarkali Bazaar has now been divided into two parts.

So, you now have the information about the best 11 places to visit in Lahore. Lahore is a city of historical sites and a must-visit place for you to enjoy the history behind its culture and environment.

Millions of people visit Lahore as a tourist or traveler every year. If you have ever been to Lahore, share your stories with us in the comments. If not, you should plan your trip now (you’ll love it) 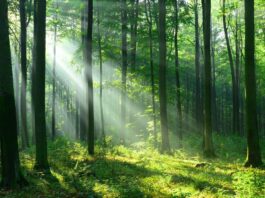 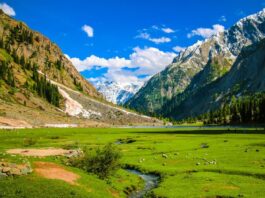