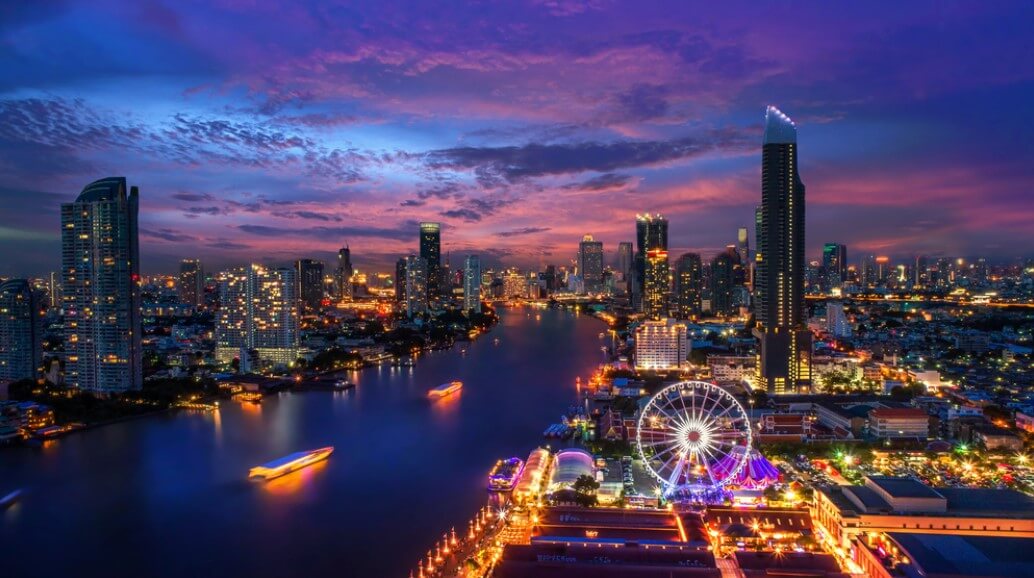 Bangkok is the capital city of Thailand. The city is also known as Krung Thep Maha Nakhon in the Thai language. Bangkok was founded by King Rama 1 in the 15th century and was founded as Thailand’s capital on April 21 1782.

The city is an international hub of healthcare and transportation. Famous for its various tourist places, Bangkok is the centre of arts, entertainment, and fashion. Bangkok is also famous for its street life and cultural landmarks.

A total of 5 rapid transit lines are operating in the capital city of Thailand. Future projects on transportation are also under construction or planned by the national government & the Bangkok Metropolitan Administration. Here are the best places to visit in Bangkok.

Best Places to visit in Bangkok:

Here is the list of the 11 best places to visit in Bangkok.

Since 1782, it has been the official residence of the Kings of Siam (now Thailand). Until 1925, the palace was the ground for The King, Courts, and the royal government.

The palace complex has a combined area of 2,18,400 metre2 and is roughly rectangular in shape, surrounded by four walls. The palace is situated at the banks of the Chao Phraya River. Grand Palace is one of the best places to visit in Bangkok.

Wat Pho is a Buddhist temple complex, also pronounced as Wat Po, is located in the Phra Nakhon District, Bangkok, Thailand. The construction of the temple was completed in the 16th century. While King Rama I re-established the temple in 1788.

The temple is also known as the Temple of the Reclining Buddha. Wat Pho takes first place out of six temples in the list of Thailand’s first-class royal temples.

The temple became the main temple for King Rama I, where some of his ashes are enshrined. While It was renovated by Rama III. Famous for its most extensive collection of Buddha images in Thailand, the temple has a 46 m long statue of Buddha’s reclining statue. The temple is also the birthplace of Thai massage, which is still taught and practised at the temple.

The temple has hundreds and eight bronze wishing bowls into which tourists drop pennies to see their wishes come true. It is one of the best places to visit in Bangkok as a tourist or traveller.

Wat Arun is a Buddhist temple located in Bangkok, Thailand. It is also known as Wat Arun Ratchawararam Ratchawaramahawihan or Temple of Dawn. The temple’s construction was completed before 1656 on the Thonburi west bank of the Chao Phraya River.

The name of the temple Wat Arun is derived from the name of the Hindu god Aruna. During King Rama II’s reign, the temple’s distinctive spires were built in the early nineteenth century. Wat Arun is also one of the attractive places to visit in Bangkok.

It is divided into 27 different sections, every section of the market is prioritized with its famous goods. Some of the most famous goods include antiques, plants, cosmetics, pets, food, beverages, furniture, clothing, books, etc.

Famous for being known as the largest market in Thailand, it is also the largest and most diverse weekend market globally. Around 2,00,000 visitors visit the market every weekend. Chatuchakmarket.org is the official website of The Chatuchak Weekend Market.

The customers have to sit at low tables all along the canal. As the name suggests, the market is a floating market. The visitors can take boats to visit the other two floating markets of the Taling Chan.

The Khlong Lat Mayom Floating Market operates only on Saturdays – Sundays from 9 am to 5 pm.

The Jim Thompson House is a museum located in central Bangkok, Thailand. The museum was built in 1959, and it is the home of the collection of arts of American businessman and architect Jim Thompson.

Jim Thompson designed the Jim Thompson Museum also he was the former owner of the museum. During the establishment of Thai Silk Company Limited in 1948, Thompson became a major collector of Southeast Asian art.

The traditional Thai paintings made of wood, cloth, and paper and an extensive collection of historical Buddhist statues were built by Jim Thompson, these paintings and statues depicting Buddha’s life.

It is planned for the museum to consist of six traditional Thai-style houses primarily constructed with wood and the collected parts of Thailand from the 1950s and 1960s. Jim Thompson House is one of the best places to visit in Bangkok.

Lumphini Park is located in Bangkok, Thailand. It was established in 1925 with an area of around 142 acres. The park has an open public space, various types of trees, playgrounds for kids, etc. Lumphini Park is one of the top places to visit in Bangkok.

The park is currently operated by Bangkok Metropolitan Administration; around 10,000 to 15,000 visitors visit the park every day. Visitors can rent boats to ride in the artificial lake in Lumphini Park.

Famous for its 2.5 km long paths around the park, the park is open daily between 4 am to 9 pm. The park promotes smoking bans throughout the park, and cycling is only permitted during the day between 10 am to 3 pm.

The Giant Swing is a mega religious swing located in Bangkok, Thailand. It was constructed in 1784 in front of the Devasathan shrine by King Rama I. Giant Swing is also one of the top places to visit in Bangkok.

The swing was heavily damaged due to lighting during the reign of King Rama II. The last renovations on the Giant Swing of Bangkok were done in 1959.

The list of UNESCO World Heritage Sites was proposed to be in the list in 2005. Until 1935, an annual swinging ceremony was held at the Giant Swing, knows as Triyampavai-Tripoli.

The ceremony name was derived from the names of two Tamil chants:

The ceremony was also popularly known as Lo Jin Ja, which means “Pulling the swing” among the Thai people.

The Sea Life Bangkok Ocean World is an aquarium located in Pathum Wan, Bangkok, Thailand. It was opened on December 9, 2005, and currently owned by Sea Life Group. The largest aquarium in South East Asia, with a total volume of tanks, is approximately 5,000,000 Litres.

It aims to provide entertainment as well as education to the visitors of the Ocean World. With the formal Thailand curriculum, the aquarium aims to promote an understanding and appreciation of the aquatic environment through various formal educational programs.

Wat Hua Lamphong is one of the Royal Buddhist Temples located in the city of Bangkok, Thailand. The temple is located precisely on Rama IV Road from the southeast and Si Phraya Road to the northwest. The temple is 1 km away from the Lamphong Railway Station.

The Sam Yan Metro Station entrance is located strictly outside the main entrance of the temple. The compound of the temple contains a crematorium and some living quarters for monks. Wat Hua Lamphong also one of the best places to visit in Bangkok as a tourist or traveller.

The temple Wat Hua Lamphong was renovated in 1996 to celebrate the 50th anniversary of the ascension to King Bhumibol Adulyadej’s throne. The temple is one of the best tourist places to visit in Bangkok, Thailand.

ABOUT US
“Sajmash.com” is a website that has a mission to inspire people to spend quality time on your next holiday. Our mission is to increase travel not only to and within Pakistan but also across the world. The website was founded in 2020, and We have guided lots of people to enjoy their holidays and travel till now.
Contact us: [email protected]
FOLLOW US
© 2020 - 2022 - All Rights Reserved To www.sajmash.com